A man of the ages - Hal Boucher, Four Seasons Biltmore

Life is full of surprises.  Especially when you're open (and take the time) to receive them.  This week, on a whirlwind trip through Santa Barbara and Montecito, I detoured off Interstate 101 to visit the Four Seasons Biltmore - off the grand dames of the South Coast of California.

Within a few minutes of stepping out of my car in front of the Biltmore, and casting my eyes on the waves crashing on the shore, I was greeted by a smiling sun-kissed gentleman dangling a SLR from his freckled grip.  The man was Hal Boucher - Society Photographer and The Biltmore's Historian.

"I'm 85" says Hal, "and I've been doing this for over 50 years".  What followed was Hal's personal insight and history of being the photographer of choice for visiting celebrities and politicians to Santa Barbara.  "I shot John & Jackie's honeymoon at the San Ysidro Ranch in 1953".  A badge of honor Hal carries with him every day.

Our conversation turned to the present ownership of the Biltmore and San Ysidro - both owned by 'Beanie Baby' creator Ty Warner.  Turning from the ocean and looking back at the well-cared for Biltmore, Hal said and I agreed -  "If you've got the money, I can't imagine owning anything better".  Truly, a man in love with his job.

Promote Your Page Too 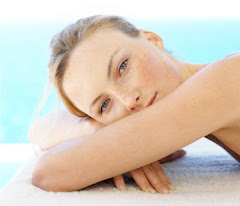